In Real Life Wiki
Register
Don't have an account?
Sign In
Advertisement
in: People, Boy Band contestants, In Real Life,
and 3 more

Sergio Aguilar Calderon, Jr. (born October 6, 2000), known professionally as Sergio JR, is a Mexican-American singer-songwriter and musician. After being crowned as one of the winners of ABC’s reality competition TV series Boy Band in 2017, he became a member of the group, In Real Life. Calderon was a promising soccer player at his school but in 2016, decided to give it all up so he could pursue music.

Sergio Jr. Aguilar Calderon was born in Redwood City, California to Sergio Calderon Sr. and Josefina Calderon. His father is from Monterrey, and his mother from Guanajuato. His parents migrated from Mexico to the United States in order to give their children a better chance in life.[1] He has a twin brother named Joseph and two elder sisters: Yeni Jimenez (born November 27, 1986) and Sabrina Calderon (born July 2, 1997).

Since he was a child, Sergio has been performing at his church and participating in Redwood City’s Fourth of July parade as a singer.[2]

Calderon had been experimenting with YouTube for awhile, setting up a channel back in November 2014. His first music video published was One Direction's "Night Changes" when he was fifteen years old.[3] The channel received a lackluster response. Despite this, he was undaunted and set up a second account on March 21, 2016, and began uploading videos four days later, accumulating a modest following. During this period, Calderon also regularly performed on Theatre Way in downtown Redwood City.

In 2017 he participated in ABC's music competition series Boy Band, which pitted 30 young male vocalists against each other to find five eventual winners who would form a new band, and get a record deal with Hollywood Records. Before being contacted for the show, he went through the process of another singing competition - The Voice - to perform on television, but turned it down. "This [Boy Band] is going to be worth it one day" he announced in his video sent to producers of The Voice.[4]

He named his greatest inspiration to be Juanes.[5]

Calderon attended Woodside Priory School in Redwood City, California, and graduated in 2018 along with his twin brother. During high school he was interested in soccer, playing as the midfielder.[6] He was additionally the team captain, and a good enough player to catch the attention of several college scouts. However, in 2016, he made the decision to set aside soccer so he could completely focus on music. In an interview with San Mateo Daily Journal, he stated, "I just decided to let that all go and start from scratch."[7] In a Summerfest interview, Calderon reflected, "I made the decision to stick to music while watching a One Direction video. They were playing Wembley Stadium, and I got chills seeing them. I thought, I’ve got to do this."[8] The subsequent conversation with his parents proved to be difficult, as they expected him to proceed in the athletic path. Eventually, they came to fully support him, as did his siblings.

★ He likes loves dino nuggets, along with chicken tenders.

★ He loves High School Musical, which is presumably his favorite movie(s) ever. His favorite scene is when Troy goes to Stanford for prom.[17]

★ His favorite accessories are watches.[18]

★ His favorite meal of the day is breakfast.[19]

★ His favorite food is Chinese food.

★ His favorite school subject was Choir. He admitted that he was "not good at school" but still tried his best.[2]

★ He played at more concerts than he has been to.[2]

★ Joseph got him a ring for his first live show.

★ Among his band mates, Sergio is considered to be the mother of the band.

★ A lot of people tell him that he looks like Bruno Mars.[1] 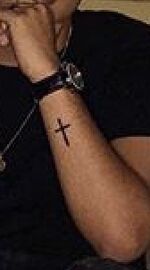 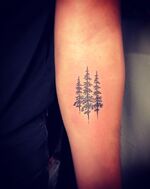 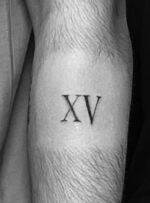