Brooklyn Louise Smith (born July 10, 2015 in Miller Children's and Women's Hospital Long Beach)[1] is the daughter of Emma Smith and Chance Perez, both having 50% custody of her. Her second name is presumably after Chance's father, whose middle name was "Louie". She currently lives in Seal Beach, California.

★ She annually goes to Disney World with her parents for her birthday.[3]

★ Before the show Boy Band, the longest Chance has been away from her was a week and a half.[4]

★ Ever since the show Boy Band, Brooklyn called Michael her boyfriend. Chance figured the obsession began ever since Emma and her mother teased to Brooklyn if Michael was her boyfriend.

★ She got the best resting award in her preschool class. 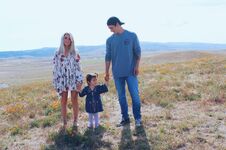 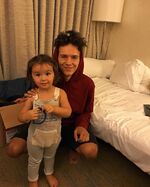 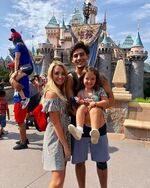