The American Music Awards (AMAs) is an annual American music awards show, created by Dick Clark in 1973 for ABC when the network's contract to air the Grammy Awards expired. Unlike the Grammys, which are awarded on the basis of votes by members of the Recording Academy, the AMAs are determined by a poll of the public and fans, who can vote through the AMAs website. The award statuette is manufactured by New York firm Society Awards.

In Real Life attended the Latin AMAs, the Spanish-language counterpart of the AMAs, on October 26, 2017 at the Dolby Theatre. Later that year on November 19th, they attended the American Music Awards on the red carpet, where they announced their plan of a tour in Spring. 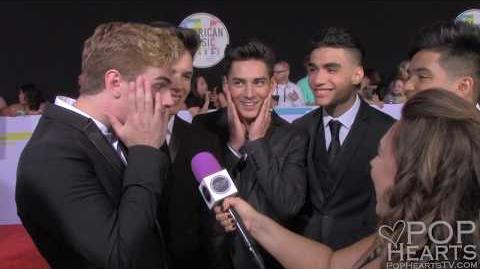